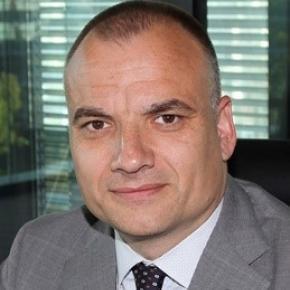 Daniel Markić is Director of the Croatian Security-Intelligence Agency, appointed on 5 May 2016. He was reappointed in 2020. He was born in 1972 in Paris, France. He is married and has four children. He holds a Master’s degree in International and European Law. Markić started his professional career in 1991 when he joined the special operations unit of the Croatian Armed Forces General Staff, where he subsequently rose to the rank of Major. In 1994, he leaves the Army to join the Croatian Intelligence Service (HIS) where he remains until 2001, holding managing positions in Operations and International Cooperation. In 2001, he turns to diplomacy, assuming post of the First Secretary in the Permanent Mission of the Republic of Croatia to the EU in Brussels. Upon completing his diplomatic mission in 2005, he continued his career in the intelligence community as the Head of International Cooperation in the then Intelligence Agency (OA). He headed various units in operations, education and international cooperation in the newly formed Security-Intelligence Agency until 2016, when he became its Director. Managing SOA involves dealing with many security challenges: from terrorism, extremism, illegal migrations and unresolved geopolitical issues in South East Europe, to countering emerging threats such as cyber and hybrid threats. During his tenure, Markić has been placing great emphasis on the strengthening of international intelligence cooperation in countering contemporary transnational security challenges, both bilaterally and multilaterally, and especially in the NATO and EU framework. Markić takes part in all relevant security-intelligence gatherings and bodies of NATO and the EU, as well as in the multilateral security and intelligence platforms and forums. He participated in several Cybertech conferences where he talked about Croatian experiences in raising national cyber protection capabilities.