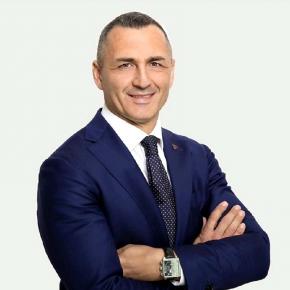 Born in Piedimonte Matese, in the Sannio area, he attended the Nunziatella Military School in Naples and then the Military Academy of Modena, spending 15 years in various operational roles in the Italian Army, as an Officer in Command in Military Operations. He graduated in Law from the University of Naples, in Political Science from the University of Turin, obtained an MBA from the London Business School, and an LL.M from the Hamline University Law School of Saint Paul in Minnesota (USA). He was Deputy General Manager of Elettronica SpA, a leading company in the field of electronic defense and countermeasures, and then founded CY4GATE SpA, both strategic partners of the Armed Forces, the Presidency of the Council and the Police Forces. Today he is CEO of Telsy SpA, the TIM Group's Cybersecurity and Cyber Resilience competence center for the civil market and national champion for Quantum Key Distribution. He also holds the role of Chief Public Affairs & Security Officer for TIM.