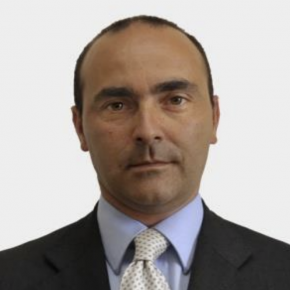 He started his career in 1993 at Palermo Police Headquarter. From 1996 to 2008, he was assigned to the office of the Chief of National Police-General Director for Public Security where he served for two consecutive terms. From 2003 to 2004, he was sent on a mission to the Italian Embassy in Washington D.C., as Liaison Officer with the US Law Enforcement Federal Agencies. In the same period he also became a consultant of the Parliamentary Committee of Inquiry on the phenomenon of mafia or similar criminal organizations. Prior to joining Finmeccanica, from 2008 to 2013, Tommaso was Deputy Chief of Staff to the Mayor of Rome and also led the Department of Environmental Affairs and Civil Protection Office. He was also appointed as Security Officer designated to the Principal Secretariat of Security NATO-UE/Secret. In 2013 he joined Finmeccanica and was appointed as Group Chief Security Officer where he had the commitment to improve the internal security organization and to help business to approach the market with an integrated solution. In 2014 holds the position of: Senior Vice President - Chief Security Officer at Leonardo where he is responsible of Security on the entire perimeter of the area of Business Security, Cyber Security and Industrial Security (Principal Secretariat of Security NATO-UE/Secret). It is currently Managing Director – Cyber & Security Solutions Division of Leonardo Tommaso Profeta, born in 1970, is a graduate from “La Sapienza” University of Rome, where he obtained the Law Degree in 1993. In that same year, he obtained the four years National Police Training Academy Diploma.