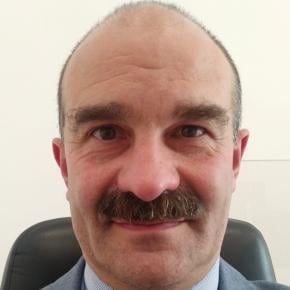 Luca Nicoletti graduated in Physics at the University of Rome "La Sapienza" in 1996. After doing his military service as a Navy Officer, since 1997 he has been working in the IT field, being interested from the beginning in distributed systems and Web technologies. Between 1998 and 2000 he worked on Management Control Systems for important Italian companies in the Telecommunications and Energy fields. Between 2000 and 2013 he works in Consip, first in the "Technological Architectures" area and then in the "System Solution" area. In 2013 he moved to Sogei S.p.A. in the "Technological Architectures and Services" area where he was responsible of the Technological Demand Management group. From 2007 to 2018 he joined server FP7/H2020 projects, serving as technical expert or technical leader. From 2019, he has worked in the Presidency of the Council of Ministers, and from 2021 he moved in the National Agency for Cybesecurity, holding positions as Head of IT, Industrial programs, Research and Development, coordinating several working groups, including the one for the writing of the implementing DPCMs of the Cybersecurity Perimeter, and the group that prepared the component of Mission 1 of the PNRR related to Cybersecurity. Over the years he has developed an in-depth knowledge of the public procurement code and tender procedures, as well as in the execution of complex contracts. His main fields of interest are Service Oriented Architectures, virtualization of systems and applications, Cloud Computing, Identity & Access management systems, topics on which he has produced articles and has been called to conduct seminars.