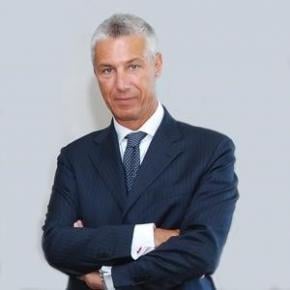 MINISTRY OF THE INTERIOR

CO-CHAIR (WITH THE EXECUTIVE DIRETOR OF EUROPOL) OF THE COVID-19 WORKING GROUP IN EUROPE. It is a Working Group among 13 European Countries, which focused on risk indicators and criminal trends after the Covid-19 pandemic. This Group, in a year, has produced four reports of analysis provided to the National Authority of Public Security and translated into English for all the European Countries. The results of the work have been reported to the JPSG (Joint Parliamentary Scrutinity Group) within the European Parliament and to the Law Enforcement Working Party of the European Council.

CO-CHAIR (WITH THE EXECUTIVE DIRECTOR OF EUROPOL) OF THE NEXT GENERATION EU – LAW ENFORCEMENT FORUM. It Is a Working Group among the 27 European Countries with the participation of the European Commission, OLAF, EPPO and CEPOL, on the risk of infiltration of organized crime in the implementation plan of the NEXT GENERATION EU.

MEMBER FOR ITALY AT THE EUROPOL MANAGEMENT BOARD

ITALIAN DELEGATE (WITH VOTING RIGHT) AT THE INTERPOL GENERAL ASSEMBLY

DIRECTOR OF THE CENTRAL ANTICRIME DIRECTORATE FROM MAY 2016 TO 25 MARCH 2019. In charge of the crime-fighting department of the Italian Polizia di Stato (National Police), both in terms of preventing and combating crime, with a human capital of over 29,000 personnel.

DIRECTOR OF THE NATIONAL ROAD TRAFFIC POLICE SERVICE FROM 16 JULY 2012 TO 30 JULY  2013, a structure within the Department of Public Security used by the Minister of the Interior for traffic police activities involving all police forces, as well as the office responsible for the coordination and control of the activity carried out by all Road Traffic Police Units operating as a special branch within the Polizia di Stato (with more than 12,000 personnel).

CHAIRPERSON OF “VIABILITA’ ITALIA” – National Coordination Centre to face critical situations regarding road conditions set up at the Ministry of the Interior – Road Traffic Police Service, a position deriving from his directorship of the Service.

Deputy-Director of C.C.I.S.S. Road safety information coordination centre - a news center that operates as a source and certifier of mobility news to be disseminated, established by decree of the Minister of Public Works in concert with the Minister of the Interior.

From 2002 to 2004, official in charge of the “Marco Biagi” Investigation Team in Bologna where he headed the investigation that led to the arrest of the members of the Red Brigades terrorist group responsible for the attack on the labour law expert and government economic adviser Marco Biagi.

From 1997 to 2002, Director of the CID at the Questura (National Police provincial HQ ) of Venice

From 1992 to 1997, official in charge of the Economic and IT Crime Unit at the Central Operations Service of the National Police.
During his activity at the Central Operations Service, he headed the international GREEN ICE, DINERO and UNIGOLD investigative projects using covert activities and undercover officers.
During the DINERO operation the covert bank NHM Trust Bank was established on the Anguilla Island.

Participation in the investigation teams involved in the capture of fugitives and the investigations into the Mafia killings perpetrated during the period from 1992-1995 including the murders of judges Giovanni Falcone and Paolo Borsellino and their police escorts and the attacks in Rome at Via Palestro and in Florence at Via Georgofili.

From 1990 to 1992, official with the Special Investigation Division of Rome’s Questura.

From 1986 to 1988, official in the Security Area of ITALCABLE, a company of the former STET Group.

Since 2018:
Professor of criminology at the “Sapienza” University of Rome, Faculty of Medicine and Psychology.

Lecturer at all the most important schools of the Italian National Police, focusing in particular on  investigation techniques, anti-money laundering, undercover and anti-drug activities.

Teaching duties also at the training school of the Italian State Railways (Ferrovie dello Stato) in Rome and in training courses of several credit institutions.

From 2005 to 2006, he took part as a Professor in the Master course in Security held by the Bocconi University.

Training activity in Cordoba, Argentina, for the National Police under a cooperation agreement with MELIT, University of Malta.

Teaching duties in the postgraduate Master course in Criminology at the “Sapienza” University of Rome and at the LIUC - Carlo Cattaneo University of Castellanza, Varese, as well as at the San Raffaele University of Milan and at the “24 Ore Business School” closely aligned with Italy’s highly respected «Il Sole 24Ore» daily financial newspaper.
Member of the Scientific Committee at LIUC.
Professor at the Specialization School for the Legal Professions at the “Tor Vergata” University of Rome

1993 in Orlando, speaker on the employment of undercover officers at an international conference organized by the Drug Enforcement Administration

1996 in Vienna, speaker on the use of inference engines in investigations

Year 2021 – Curator of the book “Investigating 4.0  Criminology and Criminalistics – Journey into the world of investigation –PICCIN edition